I tried to breed Jet to Missy again last night but no luck.  They just seem to get hooked up.  I am going to try again tonight and if I don't have any luck I am going to artificially inseminate her Saturday, Sunday and Monday.  I have only tried AI once and had no luck but the circustance were a little different on that breeding as the female was on her way out of heat and I tried to catch her but it didn't work.  Missy is in her prime time and I know how it is done so I will be trying it again.  Wish me and Missy luck she should have some awesome puppies if things work out.

Wanted to post these pictures of a coworker and great friend Brian Huber and his son Drake.  They had a great opening weekend of deer season.  Drake got his first deer a nice 6 pointer.  Drake is 9 years old and quite the outdoors man already his dad takes him on wide variety of outdoor andventures.  Drake killed his first turkey this spring, his first pheasant in October, and now his first deer.  Brian and Drake also like to fish, squirrel hunt and just about everything you can think of to do in the woods.  Brian also has a younger son, Brax who is headed in the same direction I can't wait to see how he does as he gets older.  I hope you enjoy the pictures. 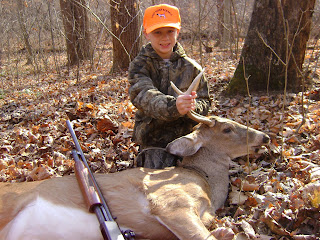 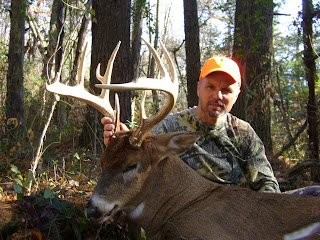 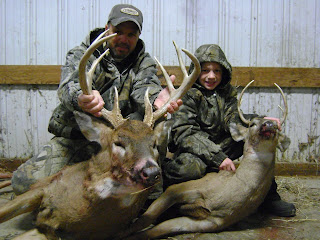 Posted by Pointerman at 5:08 AM